Modelistica S.A de C.V is a Mexican company that belongs to the Modelisti, CA group, dedicated to provide consulting services in the areas of urban and regional planning, road management, traffic, transportation, integrated modelling of land use, transportation logistics, geographical information systems, databases and surveys.  Our offices are located at Caracas, Venezuela and Mexico City, Mexico.

We have 30 years of experience carrying out several projects related to urban development and mobility in several countries, especially in Latin America, constantly developing work links with several government bodies and private companies.

Our experience allowed us to develop the most advanced land use and transportation integrated modelling system called TRANUS.  This software allows the modelling of cities or regions, the estimation of future location of activities, the real state system and the multimodal cargo and/or passenger transport.  Such software has been used in countries in Latin America, the United States of America, Europe and Asia.

Modelistica, S.A de C.V. is made up of a team of specialists with knowledge in various disciplines in urban development and mobility. Our commitment to the work we do, ensures the success of all our projects.

Architect and city planner graduated from the University of Chile in 1970. He obtained a PhD from the Cambridge University, Great Britain in 1980. He has over 30 years of professional and academic experience in the urban, regional and transportation planning areas. Tomás has been involved in several transport studies in Venezuela and other countries in Latin America, the United States and Europe. He has directed important studies, such as the Subway feasibility study in Bogotá, the integrated transportation systems of Maracay and Barcelona-Puerto La Cruz, among many other. He has plenty of experience in the design of modelling systems and databases related to transportation.

He is also a postgraduate professor at the Central University of Venezuela teaching Urban Structure, Transportation Economy, Public Transportation and integrated Modelling of Land Use and Transportation. Creator of the integrated modelling system TRANUS. Tomás is also the author of the book Integrated Land Use and Transport Modelling, Cambridge University Press (1989), and several articles published in international technical magazines. He has given courses in several countries in Latin America, the US and Europe, where he has also leaded studies of different kinds, within his area of specialty. 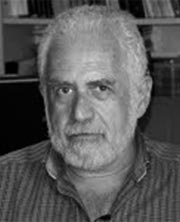 He has over 30 year of professional experience in Urban Transport, Traffic and Civil Engineering. He has been widely involved in both the private and the public sectors through coordination activities for planning projects, transportation institutional and financial management, road design and urban traffic in the Americas (Mexico, Colombia, Paraguay, Brazil, Bolivia, Peru, USA and Venezuela), Africa (Tanzania) and Asia (Indonesia and the Philippines). 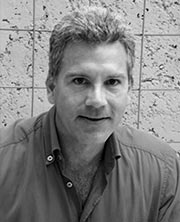 His work in the national and international market has been focused on planning, traffic and transportation engineering projects, working in national and international companies, for the development of comprehensive road and transportation studies, final design projects, transport corridors systems in confined lanes (BRT) for the Metrobus in Mexico City; Optibús in León, Guanajuato; Mexibús I and III, operating and in construction at the State of Mexico, respectively, and ACAbús in Acapulco, Guerrero. Likewise, he participated on the Comprehensive Sustainable Urban Mobility Plans (PIMUS, in its Spanish acronym), managing to register projects before the National Infrastructure Fund-FONADIN, (for its Spanish acronym) for the Comprehensive Sustainable Urban Mobility Plan for the Metropolitan Area of Acapulco, Guerrero, Tampico, Madero and Altamira in the State of Tamaulipas. Arturo participated with Modelistica, S.A.de C.V. in the registration before the Ministry of Finance (SHCP, in its Spanish acronym), of the high-speed train Mexico-Queretaro. He lead the technical assistance for the final and operational design of Line 2 of the RUTA System in Puebla City; as well as the implementation of the second BRT line in Puebla, which has been classified as the second BRT with the highest demand in the country, only after the Metrobus on Insurgentes. 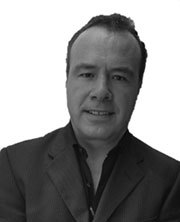 Industrial Engineer graduated from the School of Engineering at Universidad Nacional de Asunción, Paraguay in 1998. She obtained a Master’s Degree in Science in Quality and Productivity of the Virtual University from the Tecnológico de Monterrey School in Mexico and she applied for a PhD in Urban Sciences at the Central University of Venezuela. She has over 17 years of experience in engineering projects. She has participated as a leader in the modelling of Transportation Systems for the most important projects in Modelisti CA, for the past 9 years. She has directed successful transportation planning projects in Venezuela, Argentina, Chile and Bolivia. In Mexico, she has been successfully involved in studies for both the public and private sectors. Among those studies, the definition of passenger demand and buses fleet for the now operating corridor. . In Monterrey, she participated in the comprehensive modeling of land use and transportation within the framework of the Transportation and Road Management Sectorial Plan of the State of Nuevo Leon. 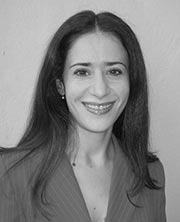